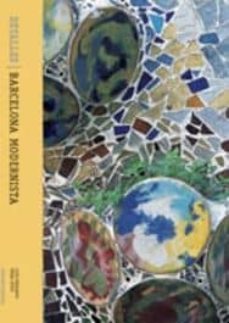 London is famous for Big Ben, Paris for the Eiffel Tower and Rome for the Colosseum. Barcelona, on the other hand, is associated not with one or two buildings but with the blossoming of an entire movement in art history called Modernism. In Germany it was called Jugendstil; in Austria, Sezession; in Italy, Stile Liberty; and in France it was Art Nouveau. An extraordinary period straddling the nineteenth and twentieth centuries, Barcelona's brand of Art Nouveau was characterized by organic shapes and patterns integrated by all aspects of art and design. The movement, along with its high craftsmanship, was interpreted to be a spontaneous reaction to the Industrial Revolution's trend of mass production. Besides being a survey of the most significant buildings by Domenech i Montaner, Antoni Gaudí, Josep Maria Jujol, and Puig i Cadafalch, this book also provides a detailed analysis of the forms created by the most important craftsmen of the period, many of whom have been relegated to anonymity for decades.